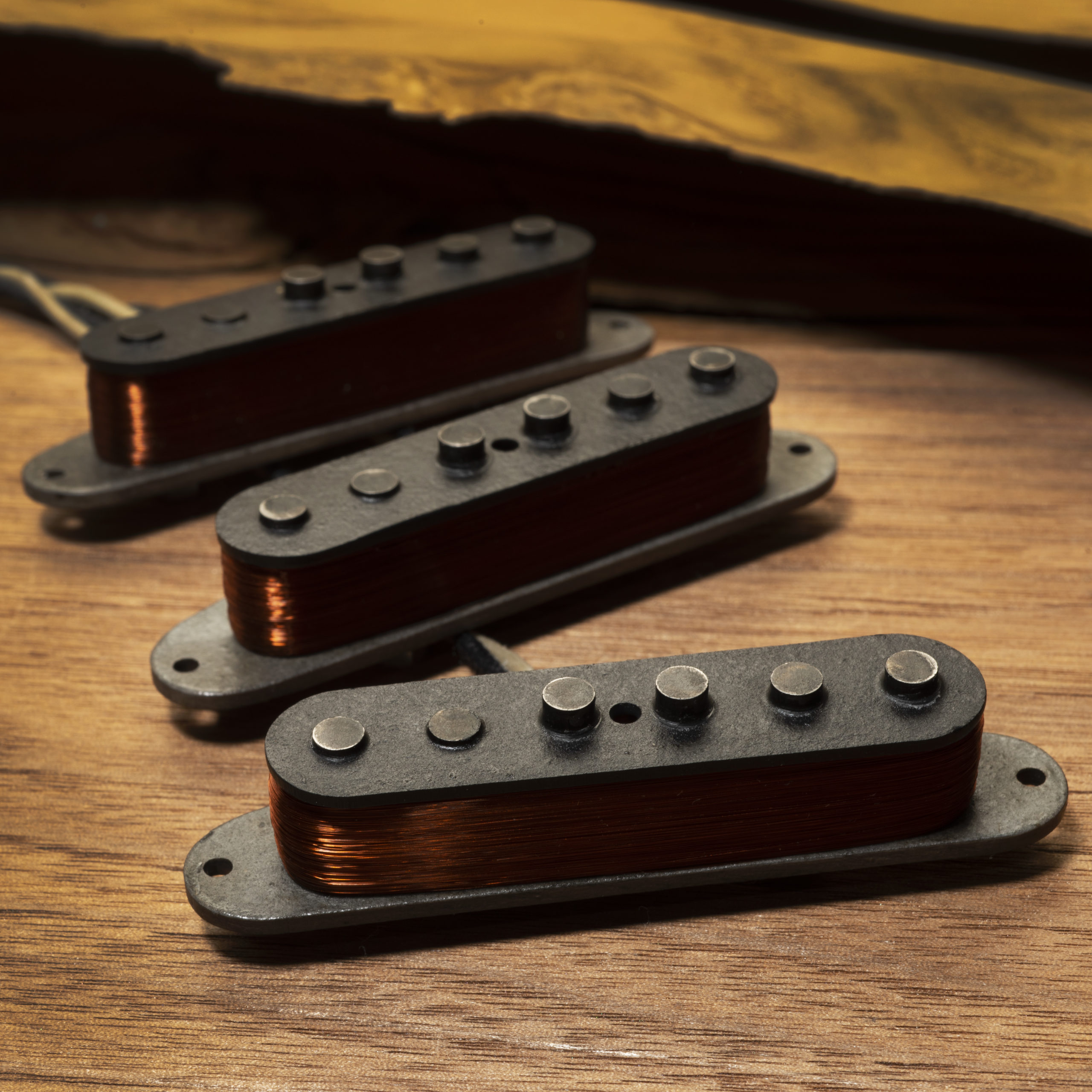 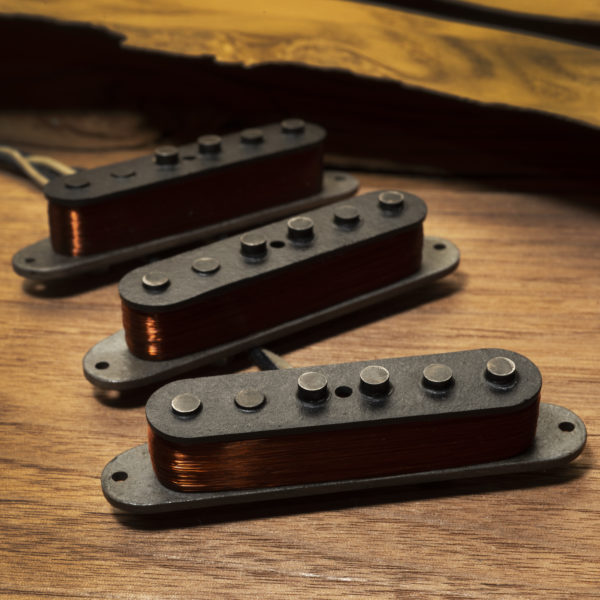 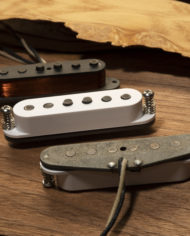 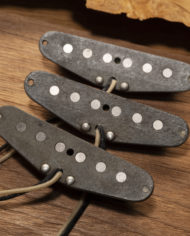 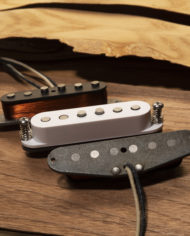 thanks to me, I was able to order wire and magnets based on the data received.

Today I can offer you pickups made with maximum precision. These pickups are made with historically correct components:

– The exact match of the wire, a slightly thicker wire that is now not found in the American industry, since 1970. A thin layer of varnish, heavily baked after application, after which it becomes a dark shade. But not as black as on modern Plain Enamel. It was up to and including 1969 that Plain Enamel wire had a different shade of color, see photos of the original pickups. A lighter brown or crimson shade. I was able to make a batch of wire according to the CBS-era wire specification. At this time, there was a wire of 3 calibers in the original pickups. This is the standard AWG42, as well as intermediate calibers between AWG42 and AWG43 or AWG41 and AWG42. The resistance of these pickups was usually 5.5-5.8 K and lower for AWG41 1/2. AND 6.2-6.4 K and higher for AWG42 1/2. Now what is usually erroneously referred to as Low Wind and Hot Wound.

– Fiber thickness, often in the lower fiber it is customary to use a thickness of about 2.2-2.4 mm the Original pickups of the 60s had a fiber thickness of 2.6-2.7 mm. I was able to find a 2.6 mm fiber for the lower part. The protrusion of the magnet below the wire affects the sound, this is also important.

– The resistance of the pickups was determined by the thickness of the wire, not the number of turns. It is very convenient to call them low wind, if the industry does not produce this caliber of wire. But this is a different sound. The resistance of my pickups matches the original without loss in sound.

– Winding pattern. Historically, the CBS era is machine winding. I used the best of this pattern and added my own color, trying to emphasize the sound of guitarists of that era in the winding.

– The most important thing is the sound. This set has respect for the clanging attack of the late Jimi Hendrix and the jar-popping sound of Richie Blackmore.

Pickups potted in a mixture of paraffin and beeswax.