Friends, I am pickup builder from Moscow, Russian Federation.

Pickups are fully manufactured in Moscow.

Most of the components are made in Russia and I managed to make some models inexpensive and high-quality.

My pickups made in Russia.

I use magnets from different manufacturers.
Even in the same set, different AlNiCo5 magnets can be used.

I use fiber made in Russia. Based on inexpensive cost and availability. Some pickups may not have standard colors. But this makes them more accessible to musicians.
The details of the fiber I produce myself. This also makes the pickups more accessible.

I use wire produced in Russia. The factory where I buy the wire has about 20 varieties and 3 calibers suitable for the production of guitar pickups.

It is also worth noting that the wire produced in Russia costs me five times cheaper than the most inexpensive wire from the United States.
This again makes it possible to make pickups inexpensive.

In a standard single, there are about 15 parameters that affect the sound. The secret of a good sound lies in the combination of these parameters. And scatter-wound is just one of them. Which I use where necessary.
The basis of my winding is the result of research by my father Valery Pribora. He has been making guitars and pickups since 1972.
I could tell you a lot of interesting things about winding. But I will have to share information that came at a high price.

I’m not a supporter of wax potted.
It degrades the sound. This is a forced measure to exclude feedback.
For a while, I used beeswax from my grandfather’s bee farm.
Currently, I buy wax from beekeepers who come from all over Russia to the honey festival in Moscow.
The festival takes place twice a year, a few kilometers from my production. 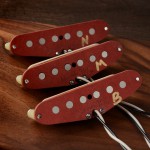 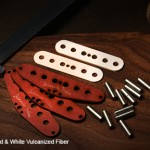 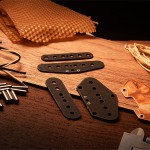 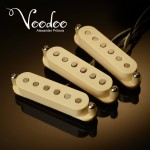 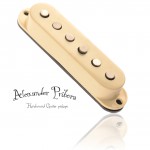 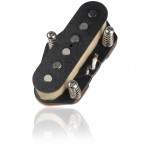 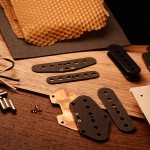 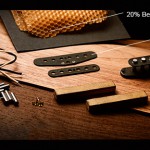